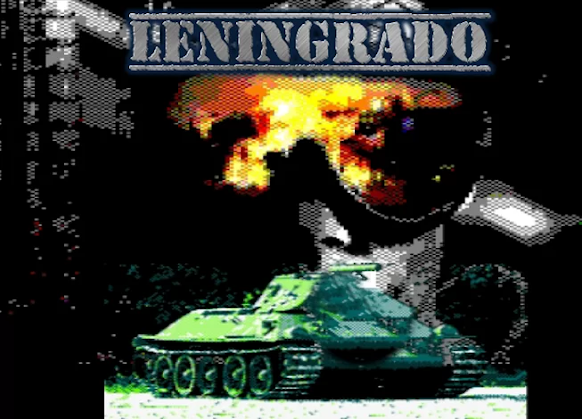 (image from https://auamstrad.es/videojuegos/la-batalla-de-leningrado/, based on a in-game image from Brundij)

Load the dsk file and then type

In this game, you have to make the correct choices in order to finish the game.

LENINGRAD is besieged by the German troops.

The major problem is the transport of supplies for the people and the army.

The only way for transporting supplies is over the iced lake LADOGA.

You must help the general Zhukov in the battle but also in transporting supplies to the city, which is starving. The food portions are very little.

Otherwise, everyone will die due to starvation and extreme cold.

Please have in mind that:

When you take an object, the object you were already holding returns to its initial place.

It is important to hold a specific object when you make a specific choice.

Some wrong choices may lead you to dead-end in next points.

If you find the game difficult, you can load the dsk file and then type run”SOLUTION.BAS”.

The correct steps to finish the game will be showed one by one, so there is no possibility to see all the solutions altogether while you don’t want to.

Arkos Tracker is used for music, by MANOSSG. SFX from ARKOS TRACKER. Digitized images by BRUNDIJ. 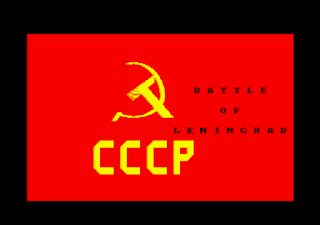 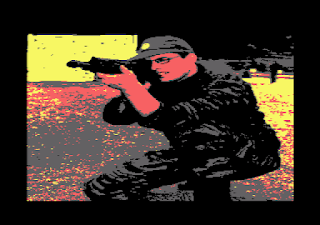 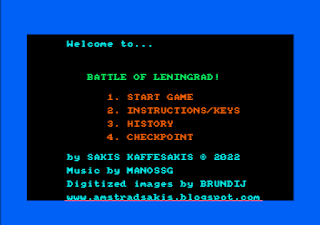 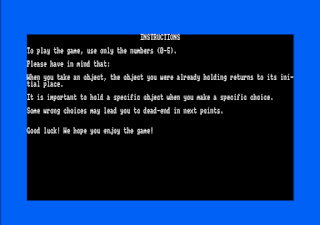 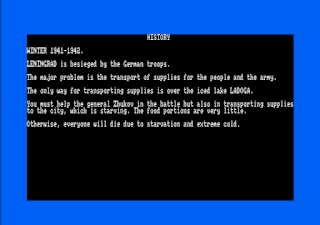 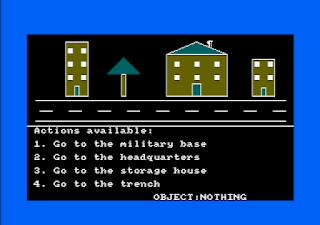 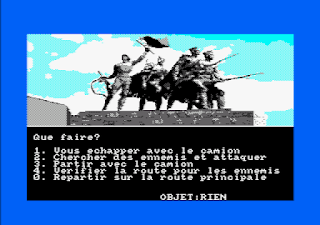 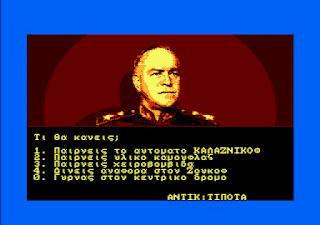 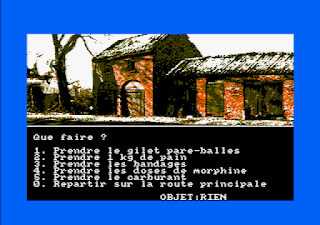 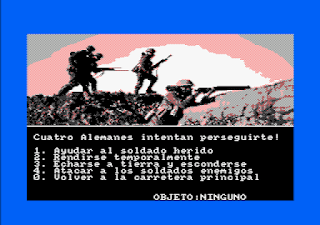 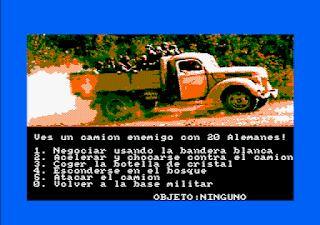 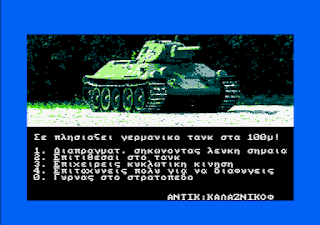 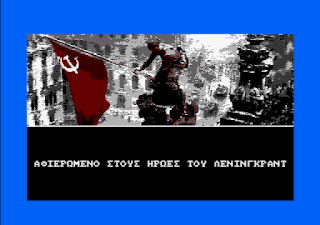 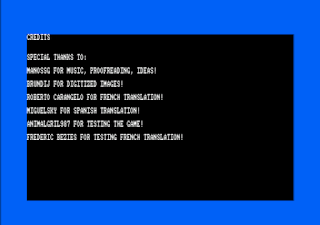 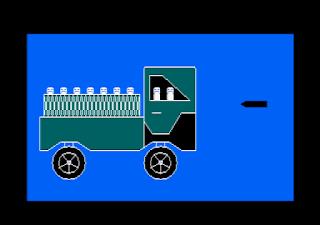 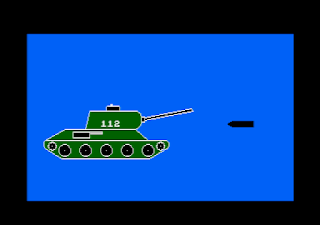